Up in the sky, down in the volcanoes — producer Huw Cordey narrates his experience filming Sony BBC Earth’s ‘A Perfect Planet’ across 31 countries

Volcanoes, thunderstorms, oceans, the sun — life on Earth flourishes when there is a perfect balance between these varied geological and climatic conditions. Sony BBC Earth’s A Perfect Planet adds a fifth driving force: humans.

So how does a species that should be a blip on natural history’s radar — modern humans have existed for 2,00,000 of earth’s 4.5 billion years — change the course of the planet so dramatically? Producer Huw Cordey sets out for answers in this series narrated by David Attenborough — now 94 and still going strong.

Produced by Huw Cordey and narrated by David Attenborough, A Perfect Planet marries earth sciences with animal behaviour in BBC’s familiar style of blue chip filmmaking. Its release after the pandemic is “serendipitous,” says Huw. “Most people see the forces of nature, such as volcanoes, as destructive so we were keen to set the record straight!” adds Huw, who has also worked on the Jungles episode for Netflix’s Our Planet, and Dancing with the Birds.

Edited excerpts from an email interview with Huw:

Why do you believe a series like this one is timely?

When we started in January 2016, we could never have imagined the world we now find ourselves vis-à-vis the pandemic. The pandemic has exposed our vulnerability as a species. We might have thought we were all-conquering but the virus has shown that we are not quite as ‘in control’ as it appeared. As a consequence, climate change is now pretty much universally accepted and most people now realise that it’s going to have a massive impact on us — that is, if we don’t do something about it. There has never been a better time, therefore, to wean ourselves off fossil fuels and move towards a green economy. 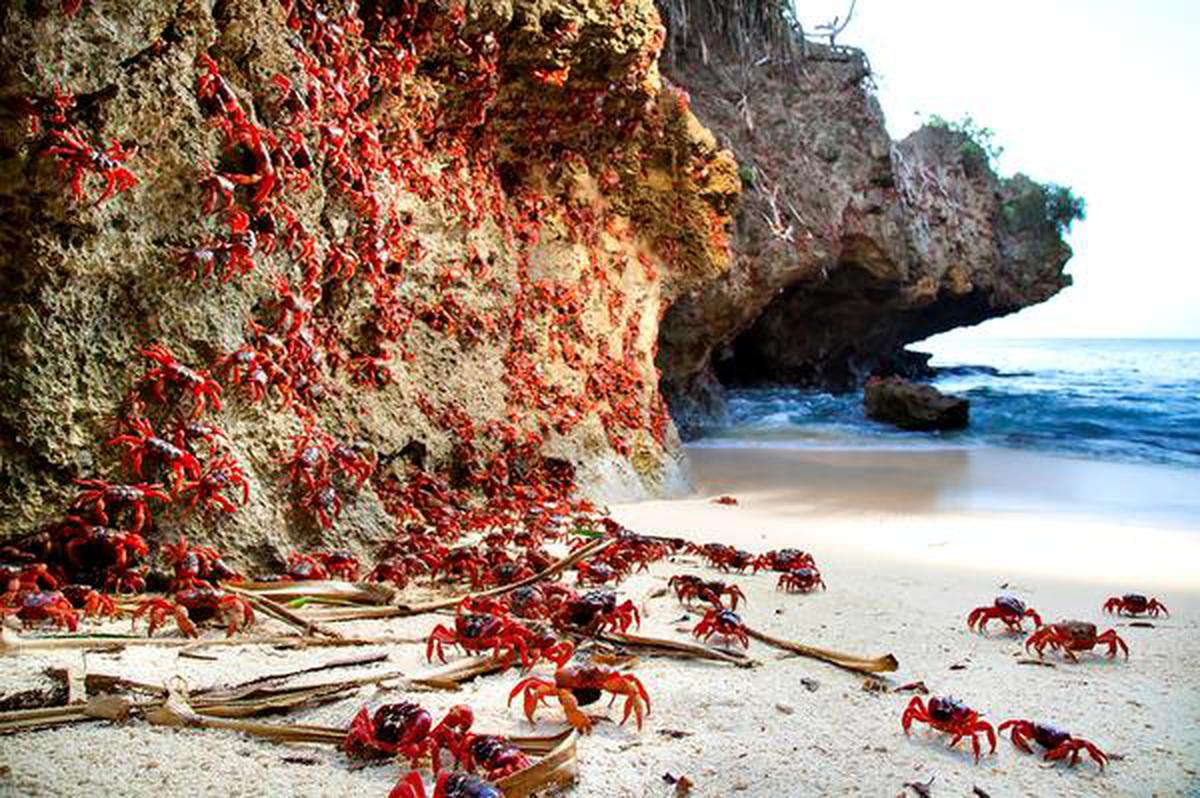 What are the locations you shot in?

We filmed in a lot of very challenging and extreme locations. For instance, Lake Natron in Tanzania, where we filmed nesting lesser flamingos, is one of the world’s most corrosive bodies of water — so toxic it can burn skin. The only way to access the flamingo colony, out in the centre, is by hovercraft which we shipped out to Tanzania from the UK.

We filmed in the active volcanic crater on Fernandina Island in the Galapagos. This volcano actually erupted two weeks before the shoot. The aim was to film land iguanas descending the crater slopes and laying their eggs in the warm volcanic ash at the bottom. This required the crew to descend to the bottom too, which, due to the threat of earthquakes and rock avalanches, was a hazardous operation. It’s why more people have been in space than the bottom of this volcano.

Each story obviously needed to illustrate the theme of the episode. But when the themes are the planet’s natural forces, this is challenging. How do you show animals benefiting from ocean currents, which you can’t actually see?

One of the ways the series drives the point across is by using animal stories that feel personal. Which one of them do you recall moving you deeply when you heard it first?

The Byrdes whale behaviour we filmed in the Gulf of Thailand, for the Oceans episode, was one such story. The waters of the Gulf are becoming increasingly deoxygenated by pollution running off the land. This has a big impact on the prey species the whales rely on. As a result, the whales have actually changed the way they trap fish. Instead of lunging for shoals, like they used to, they now just open their mouths and wait for the fish, trapped in the top oxygenated layer of water, to jump in!

Of the different episodes, which one was the most technically challenging?

The volcano episode was certainly the most challenging. Almost every shoot involved military style planning. The behaviour is extremely unpredictable. It might not happen for several years in a row as it is totally dependent on the lake’s water levels which can vary hugely over the year. We actually waited three years for it to happen, checking satellite shots of the lake every week to assess water levels. 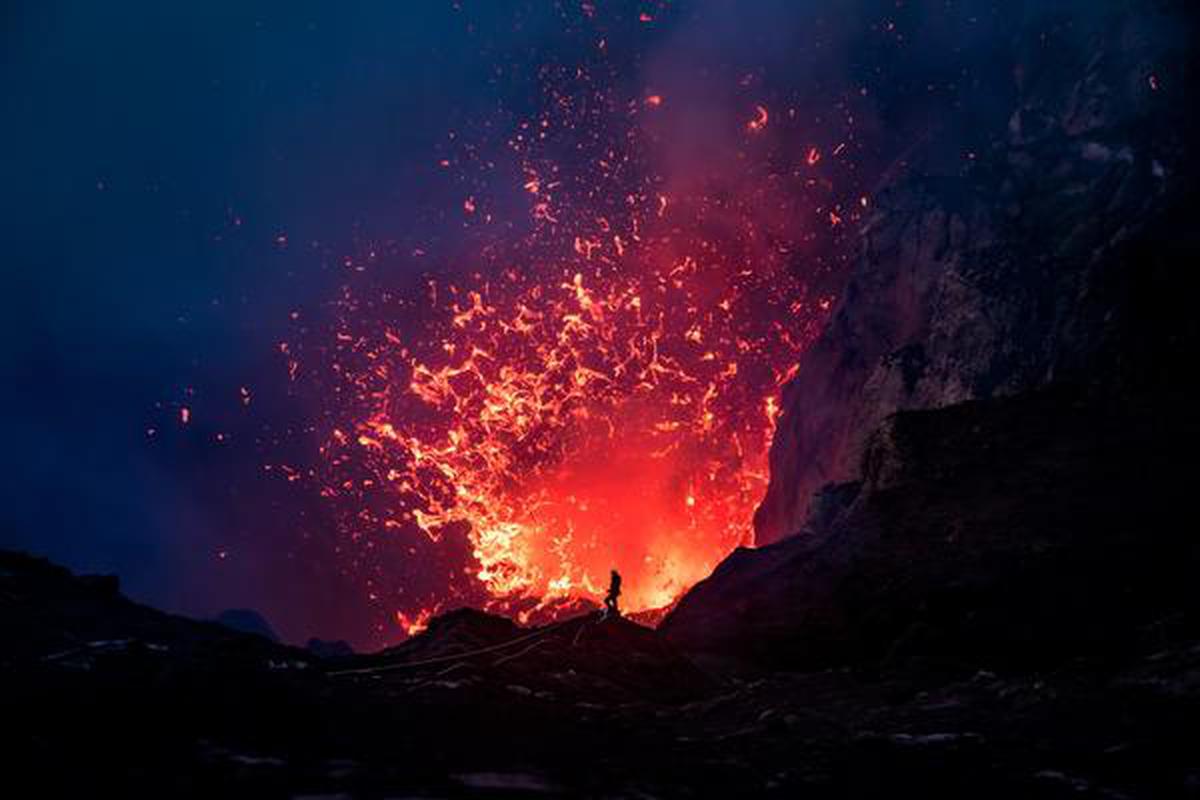 During a shoot to the Valley of the Geysers in Kamchatka to film bears feeding around the hot thermal pools, our cameraman accidentally stepped back into a small pool of boiling water and took the skin off his ankle and lower shin. He ended up needing a skin graft and lying on his back for four weeks! He’s fine now and shot the Yasur sequence later!

Visuals in blue-chip series, wondrous and dramatic as they are, can get repetitive. How do you make sure each series has a personality of its own?

Yes, this is one of the biggest challenges in our genre — particularly as animal behaviour doesn’t really change from one generation to the next (a lion hunts a wildebeest in exactly the same way today as it did a thousand years ago). Each big blue-chip series must somehow still raise the bar on what has gone before it and technology is often the answer to how we do this.

Technological developments can either give a fresh feel to a familiar story or allow you to film something for the first time. Currently, sequences are very character driven but there’s a lot you can do, of course, with narration and music.

I worked with David on Life of Mammals (LOM), 20 years ago, and people were talking about who the next David A was going to be then! My first shoot with him was in Alaska, filming bears. It was especially memorable because we got an amazing shot of a bear leaping on a salmon behind David and right on cue with his words!

We actually shot a couple of pieces to camera in India for the series — one in the rat temple of Deshnok and one at the Kumbh Mela in 2000. Both went pretty well though David is not a fan of rats (one of the few animals he has no fondness for!).

On A Perfect Planet, lockdown happened in the early stages of the post production, so three out of five scripts had to be done at his home in London. He recorded them from his dining room, with the walls covered in duvet covers to stop sound bouncing around, and a cable running from the microphone to our dubbing mixer in the garden. I was monitoring it from Bristol on a Zoom link.

Clearly, this was far from a traditional way of recording for a major BBC series but David took it all in his stride. That kind of sums David up. Nothing seems to faze him!

A Perfect Planet premieres in India on March 8, 9 pm on Sony BBC Earth.

Facebook
Twitter
Pinterest
WhatsApp
Previous articleExclusive interview! Adah Sharma on 4 years of ‘Commando 2’: Vidyut Jammwal is riveting as a co-star, and dexterous as a person – Times of India
Next article16-year-old seriously injured in Toronto shooting

Everything you ever wanted to know about whey protein

Abbas Ali, a fitness trainer who has trained Shilpa Shetty, Sonakshi Sinha, and Shahid Kapoor in the past, remembers the whey supplements of the...
Read more
Religion

Translate »
We use cookies for various purposes including analytics and personalized marketing. By continuing to use the service, you agree to our use of cookies.